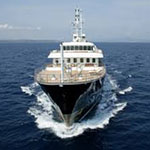 Marine Insurance is the oldest form of insurance in the world. Though the name indicates that the policy covers the transit of goods only by waterways, it is not so. It covers transportation of goods by rail, road, air as well as couriers. During this entire process of transportation, storage, loading and unloading, the goods are exposed to a large number of perils. Goods are often lost or damaged due to the operation of these hazards and there is a financial loss to the exporter/ importer. It is this loss that is taken care of by marine cargo insurance or what is more popularly known as transit insurance.

Marine policies are generally either “specific-voyage” policies or “declaration” policies for either imports, exports, indigenous transits of raw material or finished goods, customs duty, transits from anywhere to anywhere in the world and to and from job works. While for a specific policy, the cover is issued from commencement to landing at the final destination, the other policies are generally continuous policies issued on an annual basis or for a specified period of time for an agreed value of transits based on the insured’s estimate of goods movement for the specified period. It is mandatory for all transits in the agreed period to be declared.

There have been operational lapses resulting in claims getting repudiated for declarations not made or insufficient balance of Sum insured at the time of claim and many a client has been caught unaware. Discovering that a particular damaged or lost consignment was unfortunately not covered, and hence the claim not payable, can be very frustrating for an otherwise diligent Insured.

In this context, a marine turnover policy has come in as a blessing for companies. It covers a company’s sales turnover unlike the other marine open policies which cover the value of goods which are offered for insurance. The company’s annual estimated turnover can be covered as a single amount and all a company needs to do is to provide sales turnover figures periodically to the insurance company (usually quarterly). All the requirements of a company’s Marine policies can be met by a single comprehensive policy.

Marine Hull insurance covers nearly everything that floats and moves, starting with rowing boat to huge ocean going tankers. It covers loss or damage to hull and machinery. The hull is the structure of the vessel. Machinery is the equipment that generates the power to move the vessel and control the lighting and temperature system such as boiler, engine, cooler and electricity generator. Just as a motor insurance policy is taken to cover the vehicles plying on the road, similarly a marine hull policy is taken to cover the vessels.